My name is Maureen and Bella is my female, American Bulldog.  Me and my husband bought her from another breeder, when she was around 6 months old (sometime around October 2015) with the intention of having her as a companion because we both love dogs.

I wanted to get a smaller sized dog like Shih Tzu or a Pomeranian but my husband was able to convince me that it is way better to have a large breed dog in the house. After sometime, I can now say there really are perks to choosing a large breed dog and I am thankful that I let my husband decide which dog is the best for us.  Bella is a pure breed American bulldogs but her features, most of the time, is being mistaken as a pitbull.

Now, we all have this idea of how fierce a pitbull looks and with Bella walking with me everywhere I go, I kinda feel safe because of her image. To other people, she looks like a huge animal that would easily pounce on them given any wrong moves but to me she is my lovable and playful best friend.

As I mentioned, the intention when we took Bella was more of just have a companion, but after talking to several breeders, who also know Bella, by the way, (Bella comes from a popular line of American Bulldogs), they have opened up the idea of breeding her.  We thought about it several times and it was definitely not an easy decision to make. We had to learn a lot of things about breeding and the considerations as well as changes that will happen once we sign up for it.

To make the story short, we did decide to be breeders and that is where our story starts.  We have started breeding Bella on her 2nd heat cycle, which the other breeders say is the best time as they are sexually mature, and she has produced quality pups every single time!

It was hard at first knowing the fact that there isn’t too much news or articles online about first time breeders like us – with the same environment and setting. Through constant research and opening up ourselves to discussions with the experts, apart from charging 40%-50% to experience, we were able to succeed in breeding our dog.  Right now, from her first batch, we kept two of her offsprings, who has really touched our hearts as owners.

We kept Lucy and Jackie (puppies in the 2nd picture), Bella’s female and male offsprings which we have planned to breed (outcrossing) in the future too.

We are no experts, that I can say, but we still wanted to share our experiences and knowledge to those who are planning to breed their dogs (especially those first timers).   Through our company, Cupid Dogs (definitely named after my affectionate fur babies), we would like to give you some tips, tools and best practices that has worked for us so far in this breeding business.

It may or may not be helpful to some but we would share it either way as we know you will enjoy reading what we will share and we can learn together, strategies and techniques, as time passes, on how we can improve the way we breed our dogs!

Sirena Stoneburgh was born in British Columbia, Canada where she grew up with a multitude of dogs…along with her siblings. Her parents were breeders of purebred Pomeranians and she loved working with the dogs. While she always loved dogs, her passion as a breeder began at the age of 11 when she delivered her first litter of Pomeranian puppies.

From that point on, she was dedicated to dogs and spent a lot of time learning as much as she could about many different breeds. As an adult, she dedicated her time to training dogs and worked with Labrador Retrievers in both the confirmation ring and field trialing. While she did not breed Labs, she did donate stud dog services to National Service Dogs and the puppies went on to work with children autism.

After spending nearly a decade training Labrador Retrievers, Sirena found her passion with English Mastiffs. She began showing and training them for therapy 10 years ago and has continued with breeding.

As a breeder, she has taken many courses in animal behavior, and dog training. In addition, she has served as a mentor for several breeders and upgraded with a certificate in a canine theriogenology course for breeders.
She loves dogs, especially Mastiffs and believes that to be an excellent breeder, one must be ready to learn and update at every corner. 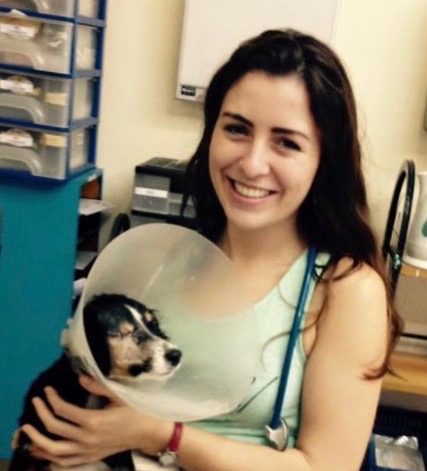 Margarita graduated from the University of Liverpool in 2011, earning a Bachelor of Veterinary Science with distinction. Since then she has worked in small animal veterinary clinics and charity clinics throughout the UK and abroad. She has developed special interests in internal medicine, opthalmology and canine reproduction. She has a crazy black Labrador called Brody who loves swimming and eating things he shouldn’t.

My name is Maureen and Bella is my female, American Bulldog.  Me and my husband bought her from another breeder, when she was around 6 months old (sometime around October 2015) with the intention of having her as a companion because we both love dogs….Read More